Having provided leadership in a range of work and community environments over many years, Andrew’s business focus and passion has been dedicated to the leadership area since the early 1990's. 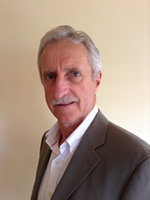 In response to a need for a meeting forum for business leaders in the Goulburn Valley region of Victoria, Andrew founded the inaugural group of the Business Leadership Program in 2010 in Shepparton.  A second group, also based in Shepparton, was successfully established in September 2011. In November 2015 a third group was launched in Wangaratta, with a fourth group currently in development for the Albury/Wodonga region.
Previously he had a successful career with The CEO Institute where he developed and chaired its first meeting forum for business leaders in June 1992 and, as CEO of that organization (1995 to 2008), oversaw its expansion to all mainland state capitals in Australia. Nearly 1,000 members were involved in its programs when he retired from his executive role. In the 1970s and '80s Andrew was both an educator, which included a period of time as an Education Instructor at the Military Cadet School (officer training school) Lae, PNG, and a business consultant.
Andrew has completed the AICD Foundations of Directorship course and has held Board positions in a Not for Profit and a boutique HR consultancy practice.  He has been a mentor in the Victoria Police Leaders Mentoring Program  and devotes a significant amount of time to pro bono work, including as a Rotarian.  He was President of the Rotary Club of Kew in 2014-15.

“I have been a member of the High Growth Business Group that Andrew Dalziel has chaired for more than 5 years.  I have found the group an extremely enjoyable and rewarding experience.  I have had the opportunity to talk to other business owners and discuss so many issues, the guest speakers have been interesting, informative and on-point and the friends and connections I have made have been brilliant.  Thank you Andrew and well done."
Lou Perta, Founding Partner, Perta Thomson Partners [ptp], Shepparton